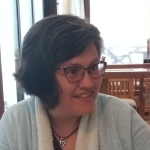 The Fortress of Španjola looms over Herceg Novi, and you can see everything from it — the sea, the mountains, the whole city. People come to Španjola to relax, think, and dream.

Of course, the fortress stands here for a reason. In the 15th century, nothing was built without a reason. When the Turks had the opportunity to dispose a part of the Montenegrin land, it was one of the strategically important places, where construction began. Now Španjola looks very different from that 15th century castle, it has been rebuilt by all and sundry.
The original Turkish fort fell apart, then the Spaniards replaced the Ottoman. Then the Turks again engaged in construction, then Byzantines, Austrians, Italians and finally Montenegrins themselves. At the end, the fortress should look as a drawing of the Leapfrog game, as a monster with the head of a hippopotamus, the body of a horse, and the legs of an unknown creature. But it is not the case, Španjola is a harmonious and amusing structure. It is definitely worth the climb to Mount Bayer, well, a hill really, some 170 meters (560 feet) above sea level.

First, you will wander around the fortress for quite some time seeking for the entrance. To the ring of external walls you march without problems: the decomposed gates are visible from the road and invitingly open. But it is not so easy find a way further, the entrance to the fortress itself is in a corner tower. And when you get inside, you will fall in love with Španjola completely and irrevocably.

The fortress has long been abandoned and resembles a scene from the apocalypse movie: a kingdom of flowers defeats a kingdom of people and destroys the last traces of humanity. The earthen roof of the former arsenal sags, but does not give up without a fight and still covers the building somehow. The rest of the fort is in a sad state, the roofs have long collapsed, and the walls are covered with bindweed. Here and there tamarisks and oleanders sprouted through the stones of the paths.

But the walls and towers are still standing. Steep stair leeds up to the inner ring of the walls, you can circle around the entire fort, stop at each platform, climb onto the base of the gun carriage and look around superciliously. From the top you can see the layout of Španjola and it’s formation. This tower is here from the very beginning, from the 16th century: the stones are rough and uneven. And that structure was completed later, it is lighter and smoother.

A local legend says, that all four ancient fortresses in Herceg Novi — Španjola, Kanli Kula, Forte Mare and Citadel — were connected by underground passages. Some old-timers claim that they have been playing in these catacombs as children. But the 1979 earthquake ruined everything and nowadays the curious tourists can only dream about the underground chambers.

Every summer a modern art and culture festival comes to the long-lived fortress.

Španjola is filled with life, laughter, music, art, and people, people, people. Local artistes are happy to show their creativity and look at the work of colleagues. Children and teenagers flock to master classes and concerts. Excessively loud music is rattling every night and fireworks tear up the sky.

If you want to be alone with the fortress, go today. Go now.